God created the earth and people - with His character in them - then put groups of people in different lands with different languages and cultures (Gen 1 & 11). So GOD was already in Australia before the British arrived with the Gospel. But for thousands of years those cultures that He created have been corrupted.  The Gospel came to Arnhem Land in the early 1920s and the Methodist Church established Galiwin’ku community in 1942 on Elcho Island, about 500km east of Darwin, N.T.

In 1957 two significant Yolngu clan leaders, Batangga and Wili, led their people in the Yolngu Covenant. They erected their sacred rangga poles next to the church, and put up a large banner in their language that stated that they were turning from their old ways and committing all of Yolngu life to marrngal’yun djirwalili Godala (the true God in Heaven).

About twenty years later the church took a year to go through a pictorial overview study of the whole Bible – very significant for people who have a Hebraic worldview rather than a New Testament Greek worldview. Some people started to use the name of the most powerful spirit in their culture for ‘God’. Yolngu Bible translation assistants talked about it and wrote a list of that spirit’s character on a board alongside the character of the God in the Bible. They decided that they were clearly different. (This spirit is often called the Rainbow Serpent, that some believe is Satan).

A hunger for God developed over the next few years, but the two spiritual leaders, Djiniyini and Kevin (sons of the 1957 leaders), went through God’s refining fire in their personal family life. On Pentecost Sunday 1978 the question was asked: Why wouldn’t God pour out His Spirit - here, today - like He did in the book of Acts? It brought a new hope and belief – an expectancy – to their prayers, and they saw God answer powerfully. The Mission had always started each workday with a devotional prayertime. Now the church started to meet for extra prayer each morning, gathering together in groups of three or four in the church to pray in their own languages – no talking, just deep prayer.

In December that year, a group of non-indigenous staff felt God led them to take authority over that prince spirit and to cast it out of the whole of Australia. Within days, people who had shown no interest in God were suddenly hungry to know God. A new sense of unity developed among Christians and they started to write new worship songs in their languages. Hundreds started to meet every night in the front yard of people’s homes for teaching, worship and ministry, many publicly confessing sin, and asking forgiveness from God and each other. Many were healed and the health clinic was deserted.

A mission had been planned for April 1979 with Rev Dan Armstrong, and the team arrived ‘on the crest of a wave’ of a revival. Hundreds more made a commitment to Jesus Christ. Every family was touched. Marriages were restored. The community was dramatically transformed.

Buthimang, a Yolngu Christian leader said: I came into town and I saw our people talking and singing and praising God for what He has done. When God visited the people here in Galiwin’ku, the violence, drunkenness and fighting in the community stopped. We are very thankful, so I asked God for something to help me to pray for this change, in other places in Australia.
God answered by giving him a stone prayer map from the sea floor. 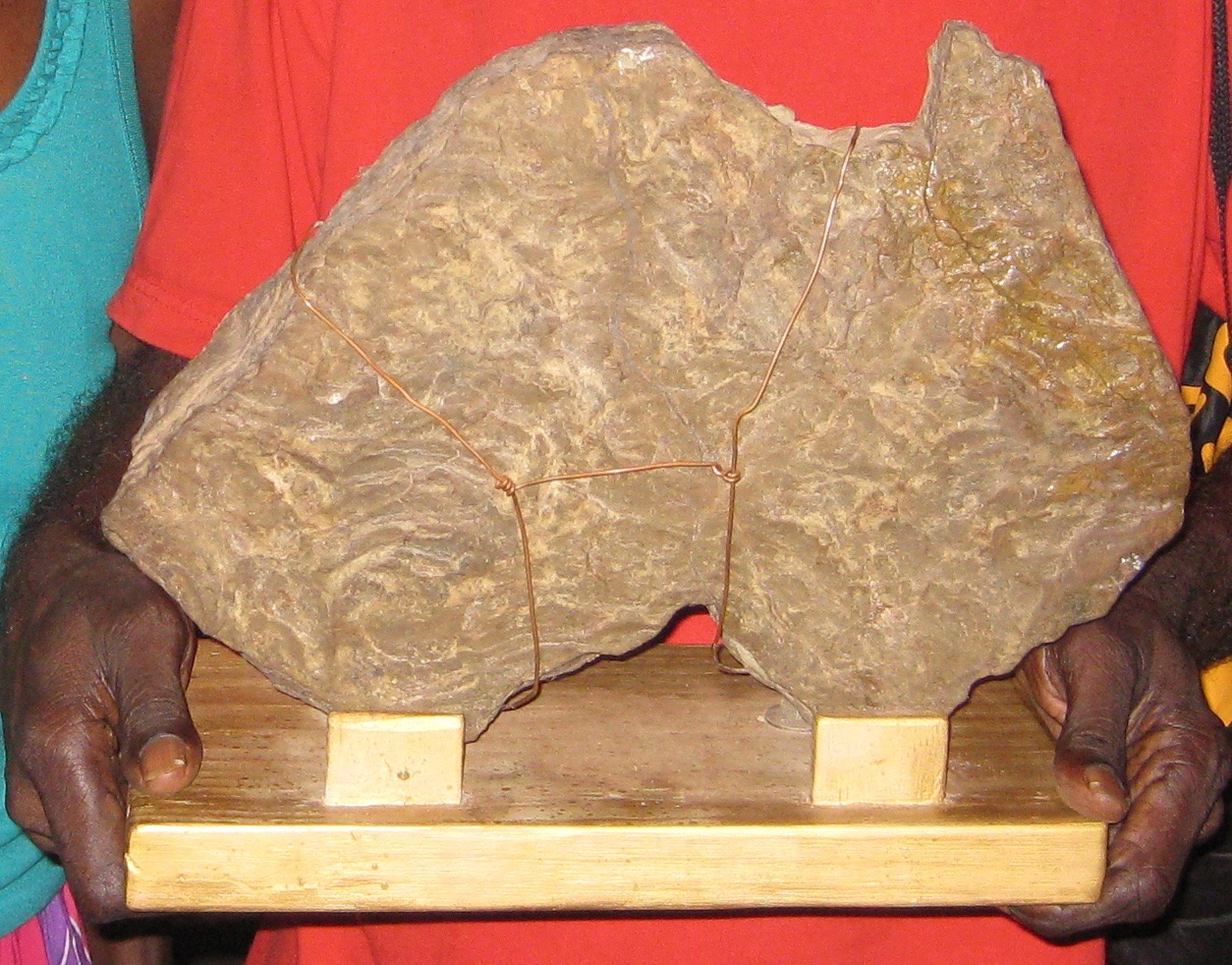 God sovereignly answered their prayers thousands of kilometres away in the Coorong area south of Adelaide. An Aboriginal family were having trouble in their house and asked a local Maori pastor to come and pray through their house. They became Christians, and the word spread.

A group of young men nearby were in a shearing shed late at night, drinking and taking drugs. Some were asking questions about the meaning of life. They turned on the radio, and all their questions were answered through a ‘Back to the Bible' program. They went off and told all their family and friends. Hundreds of Aboriginal people gave their lives to Jesus Christ.

From that revival fire at Galiwin’ku, God’s revival fire spread rapidly to many parts of Australia affecting both indigenous and other people.     l=l