1. a Story of Two Easters
- from  Dan Armstrong

Sue and  I were invited to speak at an Easter Convention in a large Community out in the Centre.
When we arrived there we found two groups conducting separate meetings in different locations. Both groups expected us to speak at their meetings and were hostile to each other. 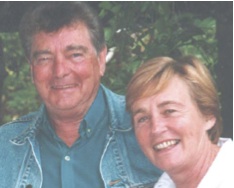 That night we drew aside and sought the Lord for His wisdom and he led me to 1Corinthians 1:10, “I appeal to you brothers in the Name of our Lord Jesus Christ that all of you agree with one another so that there be no divisions among you and that you may be perfectly united in mind and thought… for Christ did not send me to baptise, but to preach the gospel, not with words of human wisdom, lest the cross of Christ be emptied of its power” (other translations say ’be put to shame’)

Next morning the leaders of both groups met with me beside a big white cross at the edge of the town meeting place. I shared with them the word given to me and told them we would not be staying for either meetings but would leave that morning.
As they continued arguing and blaming each other a big old yellow dog sauntered up to the Cross and with great deliberation lifted his leg and emptied his ten litre tank all over it!
What followed is hard to describe but it went something like this; firstly a look of incredulity and something like horror as we recognised that God was drawing our attention to our behaviour, then shame broke the tension between us all and love and forgiveness began to flow. The two groups joined together and we had the most precious Easter seeing many souls finding resurrection life in Jesus and many touched by the Spirit in healing and deliverance.

The second Easter was more recent and also in an outback Community.
We arrived on Saturday for a night meeting. The fires were lit and people were huddled around them for warmth and light. The guitars gently played and someone would take the microphone and share a faith experience.
All was well until a young woman took the microphone, pointed to her husband who was one of the music ministry, and accused him of adultery. While he was protesting his innocence she began to accuse others in the gathering of wrong doing. The sweet calm meeting turned to pandemonium!
A young man leapt into the crowd brandishing and rattling a bunch of spears and shouting warnings of payback. The crowd scattered and I grabbed the microphone and closed the meeting.
Back in the sleeping quarters as we sat expressing our disappointment and wondering what to do next the young woman who had caused the trouble came weeping to the door. She pleaded with us not to leave and spent the rest of the night going from camp to camp asking for forgiveness.
On Easter morning we went to the meeting place not knowing what to expect. To our amazement a large crowd was already gathered and quietly worshipping. As I began to preach a young woman who had suffered a serious stroke was helped to the front. She was paralysed down one side and also had facial paralysis. Before our eyes she was healed and began walking then she took off running around the meeting place! A man in a wheel chair got out of his chair and ran after her pushing his chair! Others began to be touched by the Lord and tears of repentance began to flow.
Where love and forgiveness flow the Presence of the Lord is mighty! Two Easters but the same message. “Bear with each other and forgive whatever grievances you may have against one another. Forgive as the Lord forgave you and above all these virtues put on love which binds them together in perfect unity”
If you want to be loved – be a lover. If you want to be forgiven – be a forgiver.

Source: Kairos NEWS ACROSS AUSTRALIA  “That all of them may be one” JOHN 17 : 21